After millennia of grossly preferring sons to daughters, our society seems increasingly ready to commit to the narrative of raising bold, confident and independent girls.  We are passionate about equality and the possibility of an entire sex having the opportunities which have so long been denied. Where can the future take us if we encourage and pride ourselves on having daughters? What injustices can we right as we overturn a culture that has left girls and women vulnerable and disenfranchised for so long?

The girl revolution is exhilarating. It’s positive. I am as strong an advocate as any individual can be.

But as human nature so often ensures, one collective action often triggers an unintended and unfortunate reaction. As much as it may make us uncomfortable to contemplate, I believe we may be setting our sons up for disappointment.

From TED talks to the New York Times, from parenting articles and conversations with our play groups­­– we’re left with the gray area of our boys. Whereas “girl power” often evokes feelings of empowerment and positivity, “boy power” is often reserved for describing negative and destructive forces. 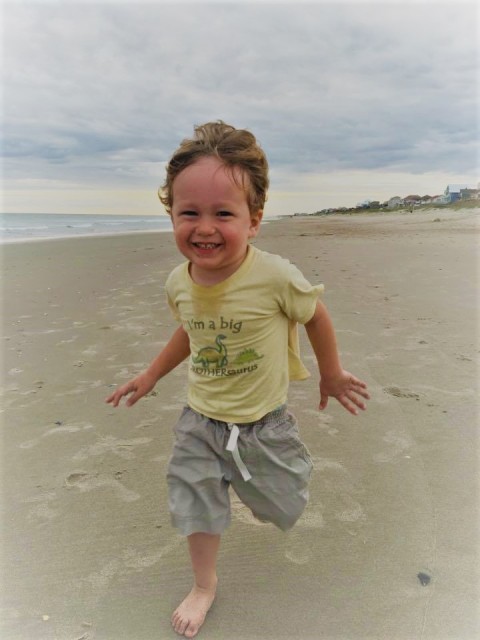 We are continually told we must be vigilant to prevent our boys from being bullies. We are reminded that stereotypical boy behavior perpetuates rape culture and prevents our sons from being emotionally intelligent, competent human beings. In a complete 180-degree role reversal, being a well-raised boy is now largely framed by how he can best support the opposite sex.

I’m not saying that these aren’t conversations we need to be having, and I’m not saying this isn’t bringing about positive change! The thing is, the pervasiveness with which these topics seem to permeate every element of boyhood is also creating a great deal of negativity and even shame surrounding the business of raising our sons.

Despite the growing body of evidence that girls are the ones outperforming boys in our education systems, graduating from college at higher rates than their male counterparts, and more likely to possess the preferred leadership styles of the 21st century world, we still aren’t openly able to speak about how our boys might be experiencing vulnerabilities.

As parents we are contending with two dominating mentalities on boys. Boys are either by nature dirty and destructive little hellions or boys all can grow into sensitive, emotionally intelligent, nurturing members of society should they be raised in the correct enlightened environment.

I have three children, two of whom are boys. Without question, having sons has been the most humbling experience of my parenting journey.

The truth is, it can be overwhelming to contend with mentalities which place boys as either hopeless causes or perpetual improvement projects. So often you’ll hear intimidation, concern and even fear when an adult discusses the prospect of having sons.

In wrestling with these issues, the truth I always come back to is this: My boys, just like all humans, are ineffable concoctions of genetics, temperaments, hormones, and life-experiences. Deny the role of any of the aforementioned ingredients and you miss part of the beauty of being human. To hold that any one theory which exists today encapsulates perfect understanding of raising boys is, in my mind, absolute folly.

My sons possess traits stereotypical of boys. They are boisterous, energetic, physical, and yes, at times aggressive.

They possess traits stereotypical of girls. They are sensitive, emotional, and frequently gravitate toward things that are “lovely” or “beautiful.”

They are different from one another. One is cautious, one literally thanks God for danger when he prays. One is affectionate, one only embraces when he is sick or in need of reassurance. One son is happiest playing in the dirt, the other feels most comfortable wearing a sweater vest and tie.

There are times when I have been faced with what is in my mind the undeniable interplay of their maleness and their interests.  Despite growing up with virtually no screen time and being encouraged to pick up whatever interests them, they still more often than not prefer boy toys.

There are times when I’m left wondering. Though gentle play has been continually reinforced, both boys take great delight in destroying things and causing loud commotion. Modern parenting calls for an unequivocal tapering of this behavior. At one point I agreed with that, but now I cannot help but wonder if we are condemning physicality for its association with men the way we formerly looked down on displays of emotion because of its association with women. We’re told to avoid “boys will be boys” mentality, but are we forgetting that boys will be kids?

There are times when I see the heartbreaking vulnerability of being a boy. They are surrounded by a culture of toxic masculinity that limits their interests and emotions. They also will wrestle with and perhaps even underplay parts of who they are because it’s being misaligned with undesirable “boy power.”

Throughout all this, I see more and more that my job as their parent is to raise my sons up to be the best versions of themselves. I must help them build within their hearts a positive image of “boy power.” Boys must be comfortable in their bodies and feel good about being boys. They must learn that they can make this world a more just place because they are inherently agents of good, not bad. They must genuinely support and encourage their female counterparts, all the while seeing the uniqueness and value of their individual consciences and their maleness.

Boys growing up in the 21st century still need to hear they can be heroes. They possess the endurance, strength, compassion and abilities that will compliment all the incredible things our society is encouraging in our girls. Yes, our sons can still slay the dragon, solve the riddle and save the day, all the while having true partners in our daughters.

Ultimately, I pray our boys can listen to their consciences and live their lives as only they were created to live. To thrive in a world in which every little boy and little girl sees within themselves a power to bring about good would be a beautiful thing.

So what are ways you teach your sons to have positive boy power? Is there room in this world for girl and boy power?

7 thoughts on “Embracing The Positivity of Boy Power”