When it comes to the Baby Boomer vs. Millennial drama, it seems every week brings with it another act of intergenerational indignation.

It happens on Twitter and it happens in the conference room. Here is the familiar script: one generation is blamed for economic destruction and thwarted hopes, while the other is accused of unmitigated entitlement and laziness. Any commentaries that encourage generational cooperation often do so through the use of condescending “coping” techniques, as though one group or the other is just too much to bear.

We can go back and forth pointing fingers at which generation is responsible for this spectacle. We can even use what we hear from others to excuse our own participation. But is there anything that we’re actually gaining from a conflict that choses to ignore context or understanding?

As young parents, this scenario holds another layer of meaning. Sandwiched inbetween our parents’ and our children’s generations, we are modeling ways to treat people of different ages.  In our discussions, in the things we now write that will one day be read by our children, are we assuming roles we want them to mirror? Will our attitudes about this conflict help our kids make their productive and hopeful way in the world?

An obvious way of quelling the Boomer vs. Millennial conflict is recognizing that there is nothing particularly new about intergenerational disputes. Our newfound platforms on social media may lead us to believe that this is a uniquely hostile situation, but when all is said and done, social media’s tendency to highlight extremes makes the antagonism seem more prevalent than it actually is.

What we know deep down is that every generation has played out this same tired drama.

A generation is simply human DNA dressed up and thrust onto the stage of a particular era. Every generation has been brought into a world set in frantic motion by the previous one. While contending with the challenges they inherit, people raise a new cohort group who eventually grow up to discover that grave mistakes have been committed, and things ought to be done differently.

But is there a way for generations to reflect and confront mistakes without making sweeping generalizations? In wanting change, can we also see another generation with understanding for what they’ve experienced?

I’d argue that there is no better way to dispel the myths about millennial entitlement and laziness than to work hard toward fixing the unique challenges of our age without seeking special status for our predicaments. And even when we’re presented with unfair characterizations, the ability to rise above them shows maturity that is a force to be reckoned with.

Millennials are contending with great conflicts and challenges. Many of the institutions in which we were taught to place hope have turned out to be disappointments. Other institutions which should have been better preserved and nurtured in recent decades have deteriorated and negatively impacted our lives. We can and should articulate our current situation and work toward reform.

But Baby Boomers can claim a similar narrative. Although their generation came of age in different circumstances, those circumstances were not any easier. They grew up under the perceived constant threat of a nuclear holocaust. They endured the bitter conflict in Vietnam. They had to advocate for basic civil rights for huge portions of the population, all the while contending with economic recessions. These circumstances shaped both their positive and negative legacies and can leave us feeling a sense of compassion, which would make an important lesson for our children.

As millennial parents, perhaps the most meaningful result of this historical narrative is the awareness that our generation will also leave both positive and negative legacies. We don’t know exactly which legacies will be for better or worse, but it’s a humbling thing to keep in mind. Our political, economic and social trends, even our screen time, may one day be as strongly criticized by our children as we have at times criticized our parents.

With that being acknowledged, I don’t want to teach my children to model bitter frustration at older generations. I’d rather my children try to understand them. Through intentional actions, we can teach them to analyze, criticize and commend.  We can show them how to seek intelligible change and reform, even in the face of resistance. All this can be achieved without being embroiled in back-and-forth drama with another cohort group. I’m not going to make sweeping negative generalizations about my parent’s generation and I hope my kids avoid one day make sweeping generalizations about mine.

Ultimately, what I want for my children is the ability to confront inherited societal flaws as well as things within themselves that need changing.

When the finger pointing stops, our time here becomes a story of parents and children sharing a world they both inherited. Our thoughts, ideals and pursuits are so intermingled with the other that even the very barriers that separate one generation from another are blurred and eroded.  We are here because our parents brought us into this world, and our children are here because we chose to join this fabric of old and new human experience. It can be both beautiful and tragic to behold.

This essay was also featured by 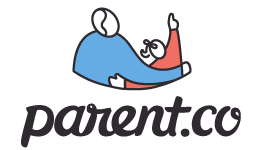